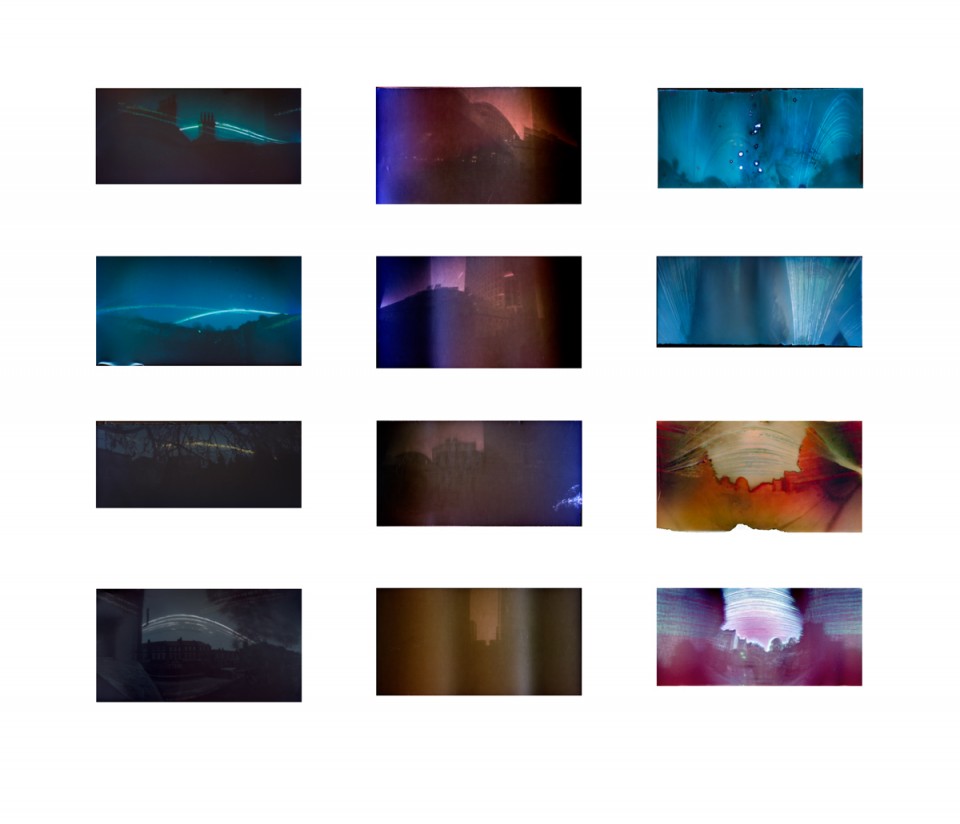 “What is Urban” is the title of the exhibition by the South London Women Artists, held in Brixton East Gallery from 26th Feb-11th March 2015. 35 artists come together to answer the question and create some incredibly divers artwork as a result of considering this question.

I decided that I wanted to create work with a theme that reflected this question but from the angle of those living in the built up environment, from the point of view of not having much of a view of the open sky, the passage of time through the seasons and the tracery of the sun as it crosses the sky. We do not often get glimpses of the sun lowering to the horizon and I was interested in capturing any moments of light as they passed between buildings.

“I love the urban skyline, to me it represents the glorious ever changing city and as a contrast to the structures which define London I want to show the effects that the passage of the sun has on those structures.”
In order to represent this and include the time element, I decided to make extremely long exposures, Solargraphs capture the sun in a very simple way, by literally ‘burning’ the image into the emulsion layers of the BW paper. Some of this series would be positioned in residential suburban London, some in the city, devoid of the chance to catch the sun in wide open vistas with stretching horizon lines and the last part of the series would be made in the more ‘rural’ allotment and garden environment of our city. The contrast in the capture of the sun trails is evident in the these, especially as the sun is really not visible in the Docklands images. The twelve images, though a series can also be purchased separately but it owuld be ideal to have them as one piece to highlight this contrast.
The response to the work on the PV night was greaet and I sold a piece, small and precious but crying out for enlargement to vast proportions.
I was lucky enought to sell three pieces in all.