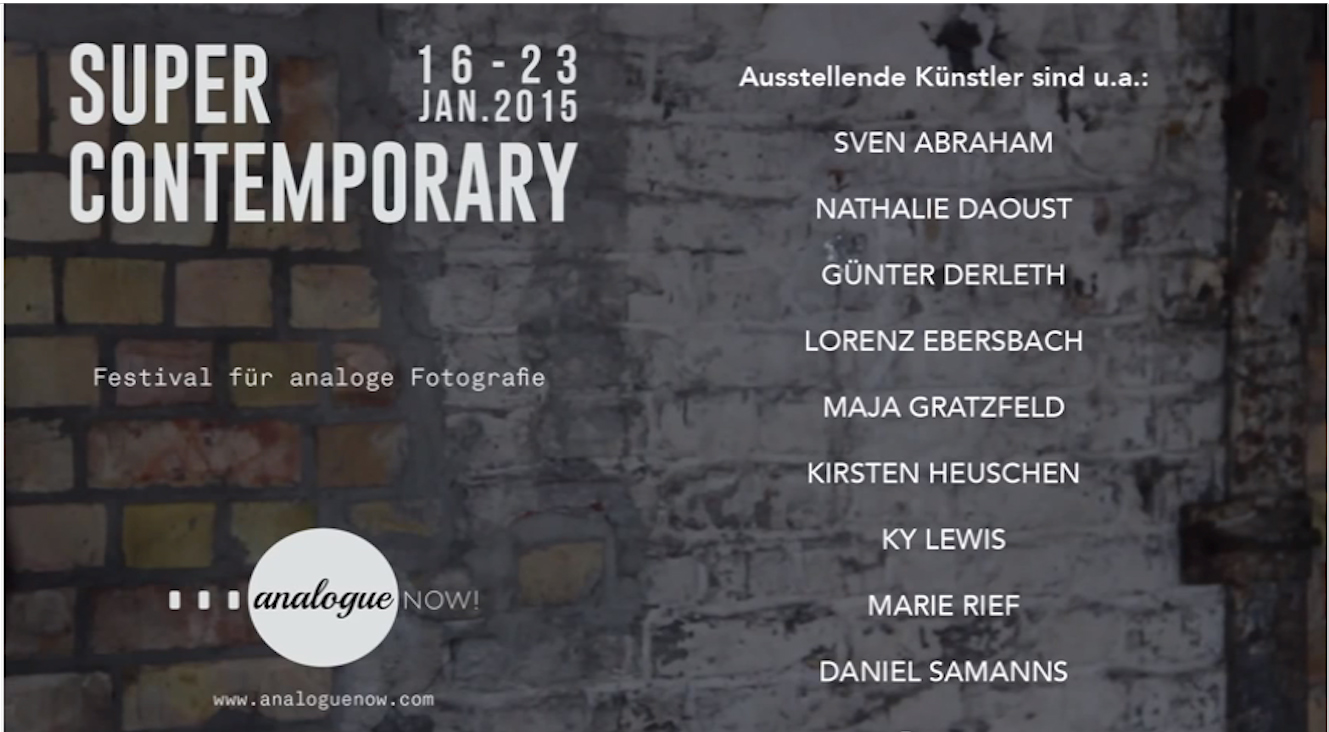 This was the first ‘foreign’ opening or in this case Vernissage I have been to and it contained some of my work. I was honoured and rather excited to have been invited to take part in this, the first analogue festival held in Berlin. I was in amazing company with the other photographers having some incredible work on display and some serious professional work behind them. The opening was to be held in a ‘new’ gallery space called the Karibuni, this had previously been an old foundry and the team had worked exceptionally hard to make a grand overhaul to the space. It was vast and perfect for the work to be shown in. There was also another room for the workshops and bar, essential of course as the evening was going to be rather busy. It proved to be extremely well attended, at least in London terms. These people really know how to put on a show and advertise an event. It turned out that 1500+ attended! That, I think is a successful launch to a festival. 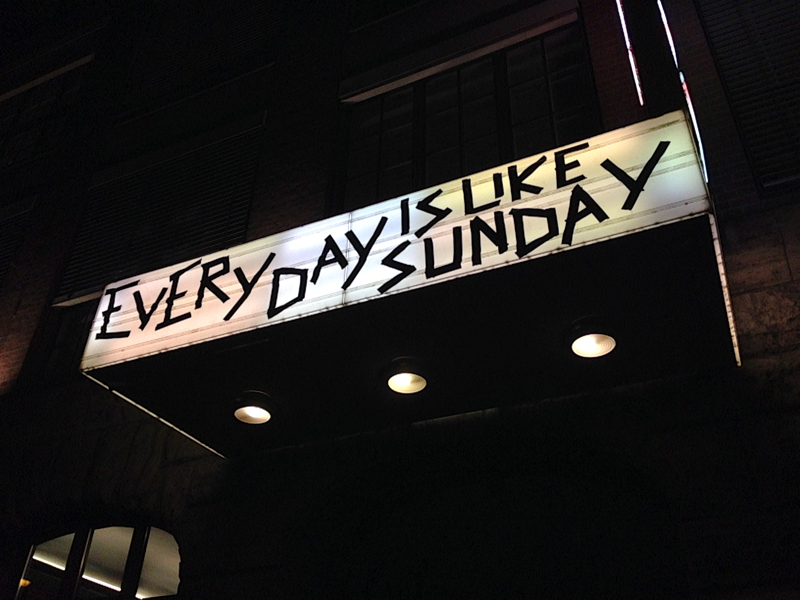 I had finally made the decision to go and actually visit Berlin for the opening after I had sent the work on in the post, it was a good decision despite having such a short time there. My husband came along with me and we arrived at Shonefeld Airport in the early afternoon, getting a taxi to the Michelberger Hotel which had been suggested to us by one of the Festival team Jan. It was truly a lovely if not amusing experience and we’ll definitely use the place again, so chilled and friendly with great food and atmosphere. 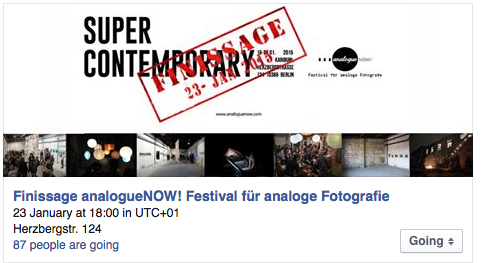 As Londoners we forgot that we needed coins on the trams and that proved interesting having to hop back off the tram to find somewhere we could gather enough change to get to the Vernissage for 18.00. Once we were sorted and on our way we realised that finding this place was going to be interesting as it was nestled in an industrial zone and there were a lot of dark warehouses in the area. We did however find it and followed a rudimentary description to a growing light in the distance… a large pallet fire was warming a few brave onlookers as they drank and chatted in the winter cold. The entrance was up a flight of stairs and one could see the room was already bustling through the large windows, artwork clearly visible through the windows, I was nervous and excited at the same time as I didn’t know what to expect and how the work would be hung. Needless to say, once in the room and through the entrance, I glance to the left and looked straight down to my works at the end of the long room. 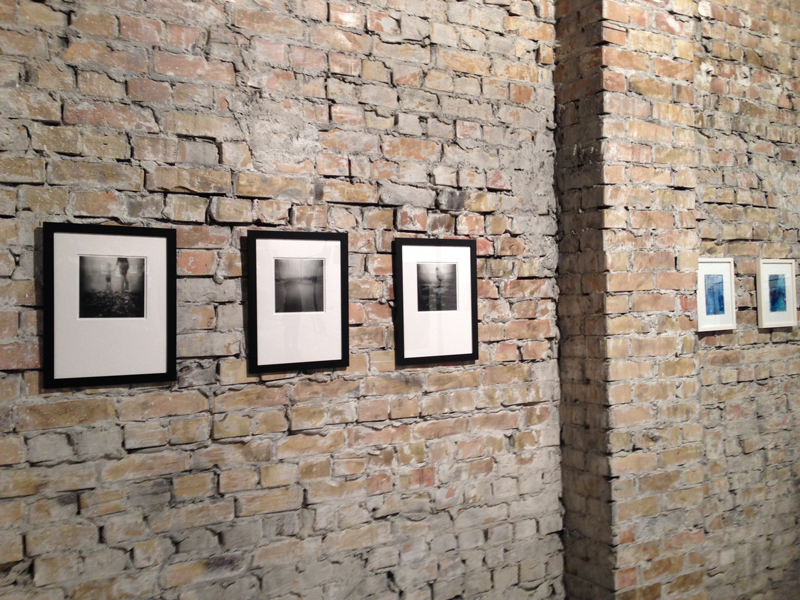 The place was warm and welcoming and we introduced ourselves and found the people we knew through our online chats. Wonderful to meet people you have built up a relationship with online. drinks in hand we went to look at the work…

The exhibit was based around processes and each artist represented a different technique, mine being pinhole, others included, Wet Plate Collodion, Poloroids, Photograms, cyanotypes, transfer to textile, double exposures and more. The work was fabulous and it really was incredible to included amongst them.  It is most definitely worth looking up all the artists and reviewing their work.

I got the opportunity to talk to a few of the artists during the evening and also to see an old online acquaintance for the first time. The evening came to end near midnight as we had to leave to catch the last tram and seeing as the venue appeared to be int he middle of nowhere we thought it best to get back to the hotel and relax before trying to do tourist activities and gallery visiting in the afternoon.