Common Ground is the culmination of a period of work that was undertaken by three artists working on their own allotment plots but on a shared allotment site. The work culminated in a group show with Linda Litchfield a textile artist, Una Joy painter printmaker and Ky Lewis photographer printmaker at The Lovely Gallery in South London September to October 2017. This small artists book includes some of those works and thoughts by Ky Lewis as part of her works with pinhole and camera-less photographic processes and the making of the images in the exhibition. 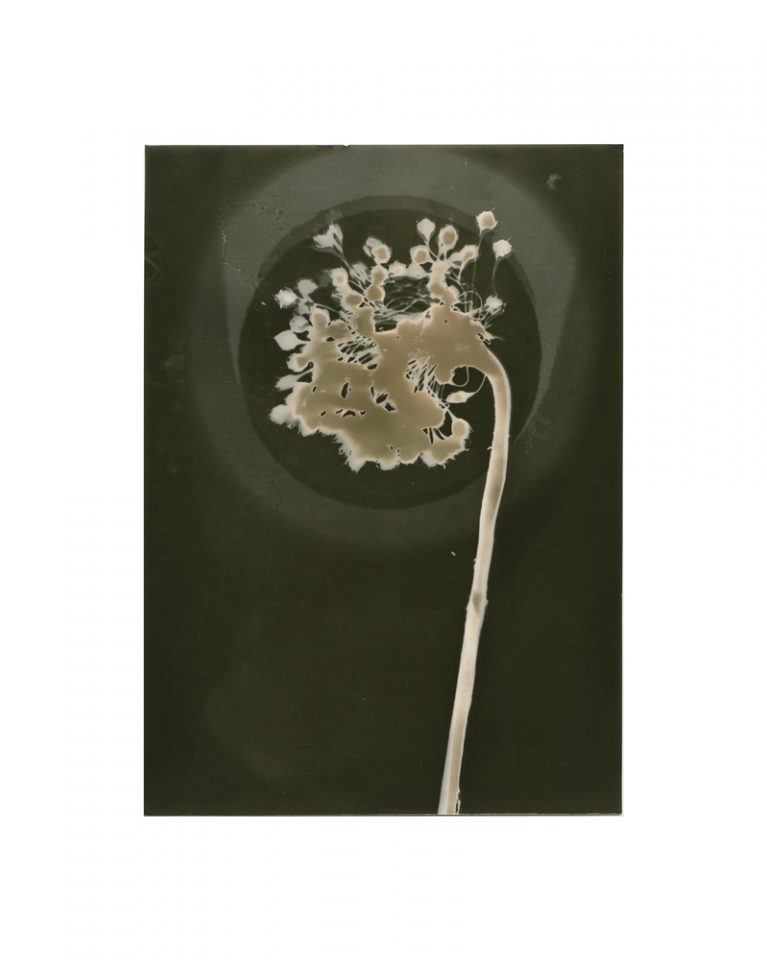 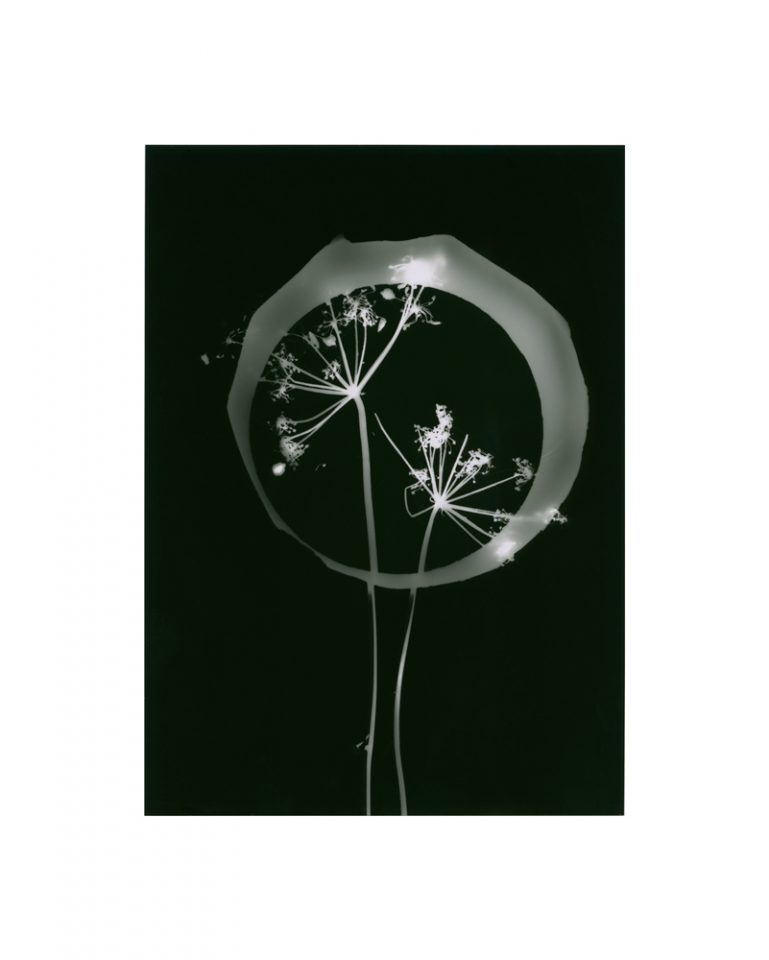 The camera-less images were a direct response to plants on both my own plot and others on the site. It was easy to use plants from my own plot but I felt uneasy about taking plants from other peoples without permission and so to a certain extent though a large site the plants were limited by not wanting to remove growing specimens. Some were in such cases captured in-situ but this was not always possible.

The Cyanotype process meant I could work onsite and using the water from the dip tanks wash out the image there and then, not always successful as the water was often very much like stagnant pond water, this would occasionally give a cast to some images. I also made photograms which needed to be produced in a darkroom setting and the plants used were gathered and taken home. Plants taken away from the site were obviously cut and their subsequent withering also became part of the process. 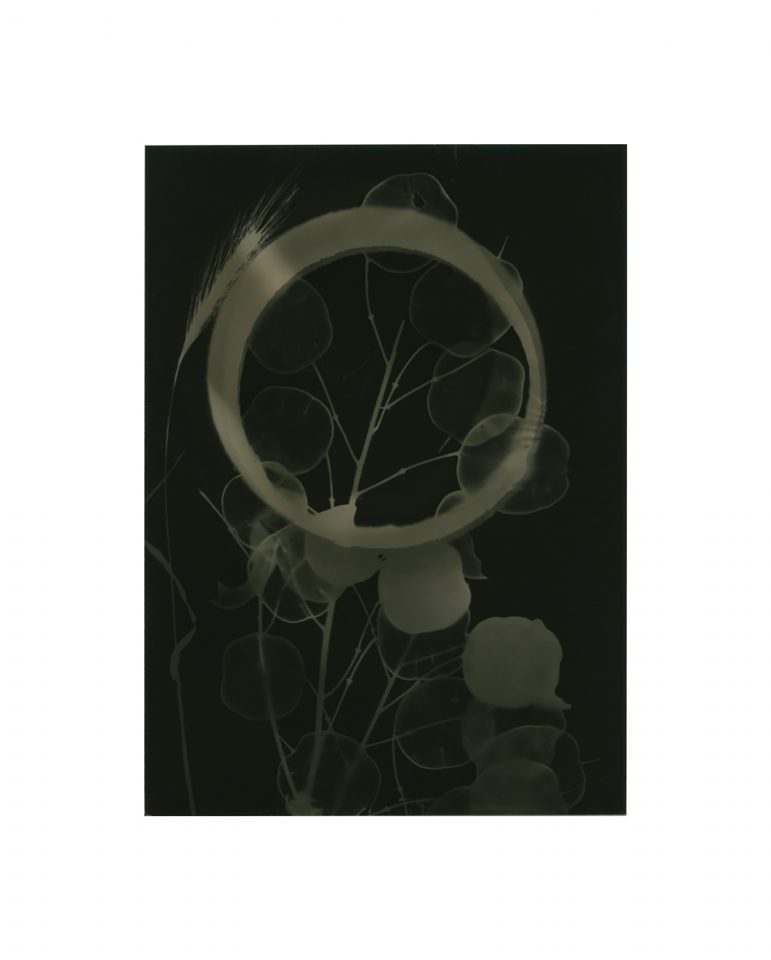 These became more controlled in production and some were subject to various chemical processes in order to achieve the results. This involved using chemicals that I would not want at the site. The inclusion of what some may consider ‘weeds’ was a conscious decision as an ongoing battle with plants that choose to find their own place to grow. Allotments, even within the confines of particular plots tend to share their ‘weeds’ and the use, in some instances of multiple pieces of paper to create an image mirrored the crossover that occurs from plot to plot, the natural spread and the lack of total control reflects also the processes used and serendipity involved in the production of these pieces. The element of the circle included with some pieces also relates to the nature of the cycle of continual growth and death, planting and harvest and the never ending requirement for continuity and planning that comes with growing plants.