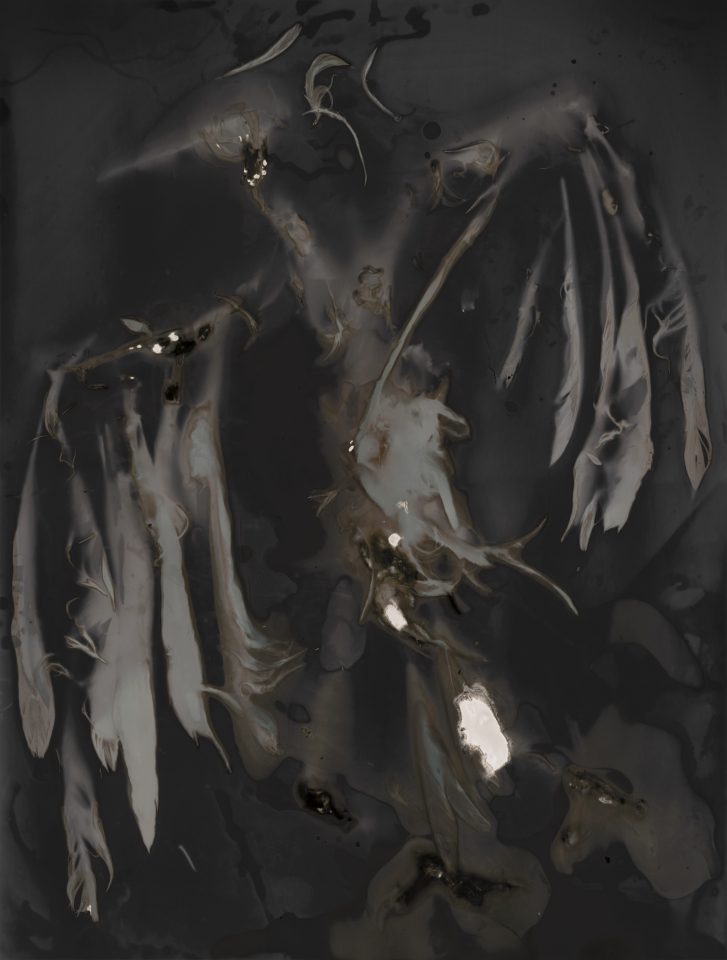 Early last year, March 2015, Mike Crawford had the good fortune of being given a substantial quantity of expired  photo paper and film. Mike had discussions with myself and all the members of the London Alternative Photography Collective and after some thoughts it was decided to share out the paper and film amongst the members and with a totally open brief would wait to see what was produced.

After some initial flailing around for an idea as the paper was so precious, just five sheets of the Agfa Brovira and a limited amount of Ilfospeed Grade 1. I decided that I had to continue with my current work practice and focus on the Death and Decay. This idea was cemented once I was presented with a deceased crow. I had mulled over the idea of using fish, which did work on my own expired paper, I had been doing some tests and though I was happy with these they were not as strong as I hoped for.

The risks with Lumen printing meant I had to have a fair idea of how the paper would respond, it was pretty much obsolete and extremely expired, I cut some slips from one sheet and used those as test strips in order to estimate how it would change.

My previous work, the “Dying Light” series used a deer and this was made on expired Kodak Bromide II, the success of using such papers helped in my decision to use this subject matter.

I followed my usual methods and managed to get some successful images form the remaining sheets before the very expired crow disintegrated. The Lumen prints have remained unfixed. The crow “What Remains” used Agfa Brovira.

I also used a variety  of subjects from fish to a squirrel on the remaining Ilford grade 1 paper. Some of these have been fixed others remain unfixed. 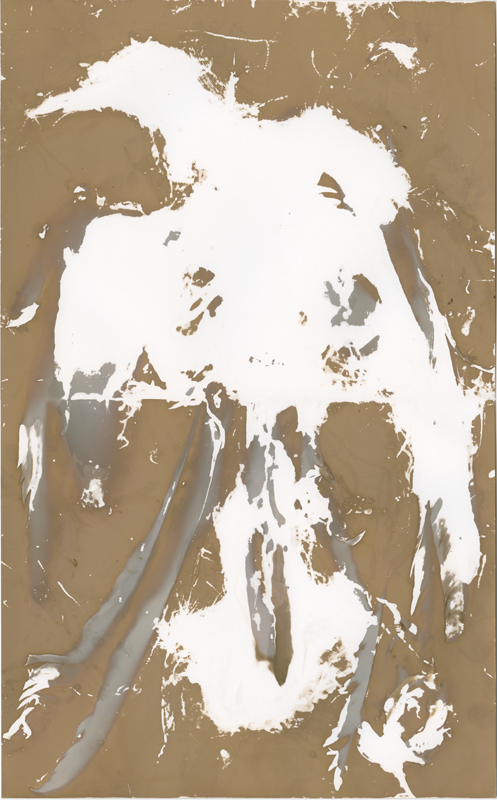 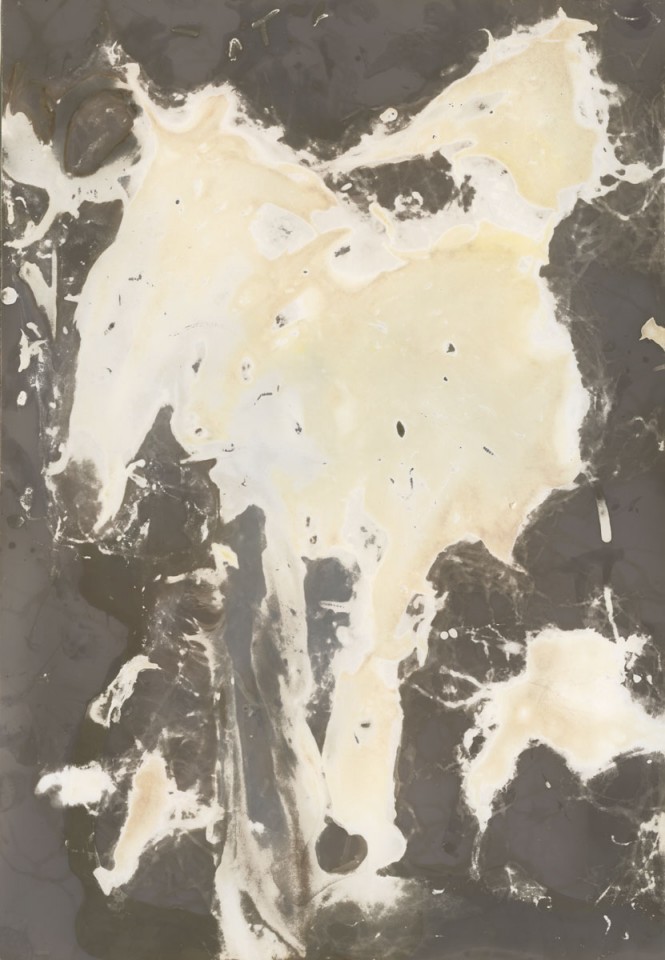 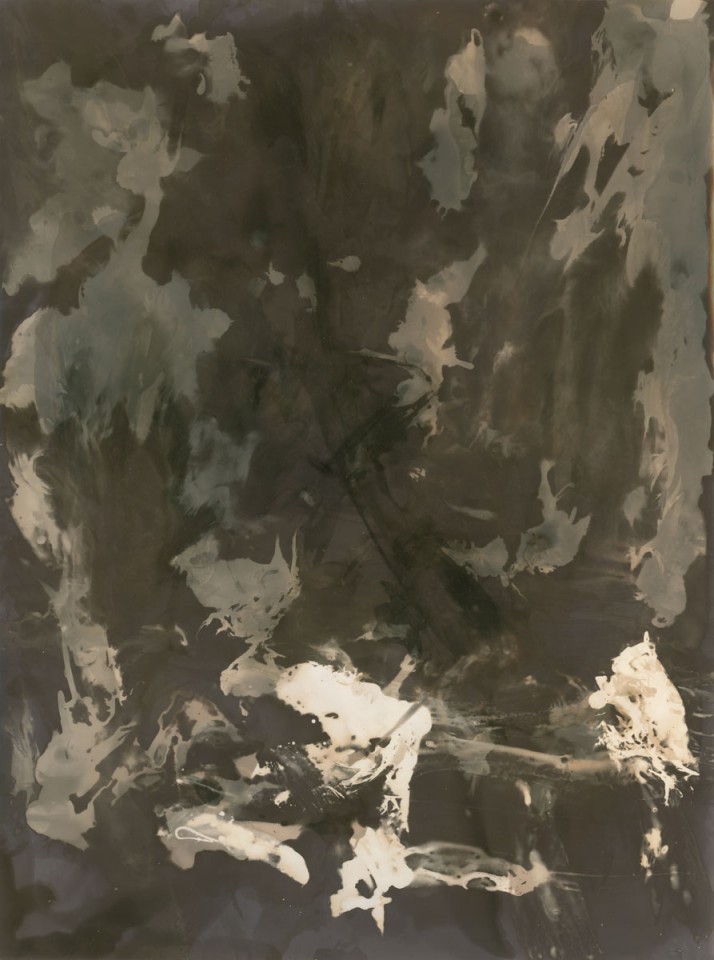 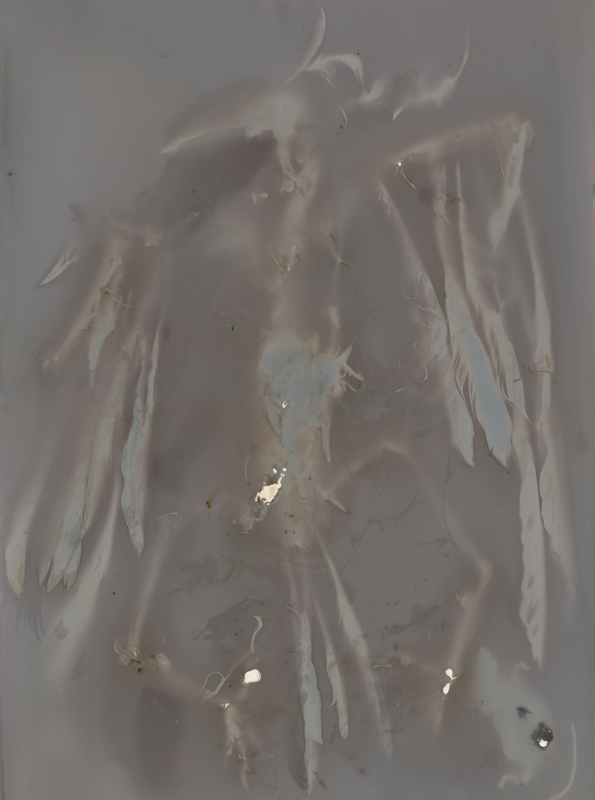 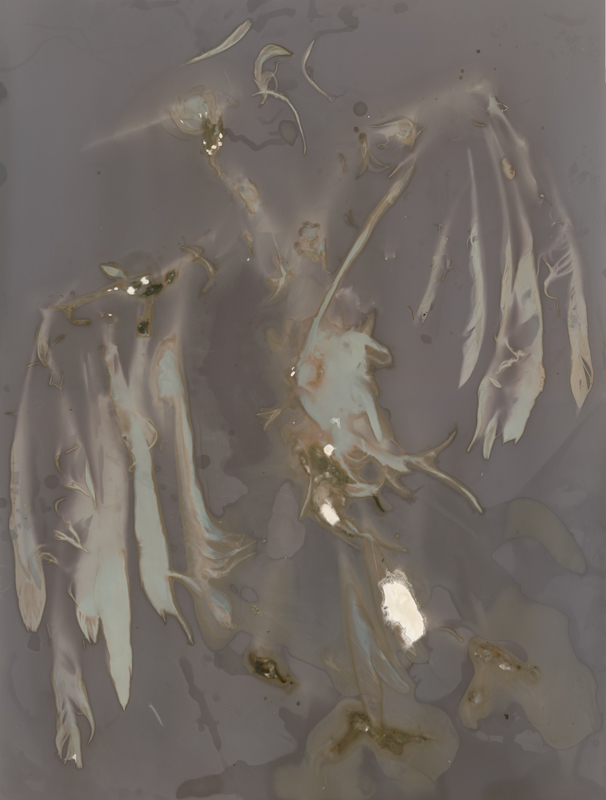 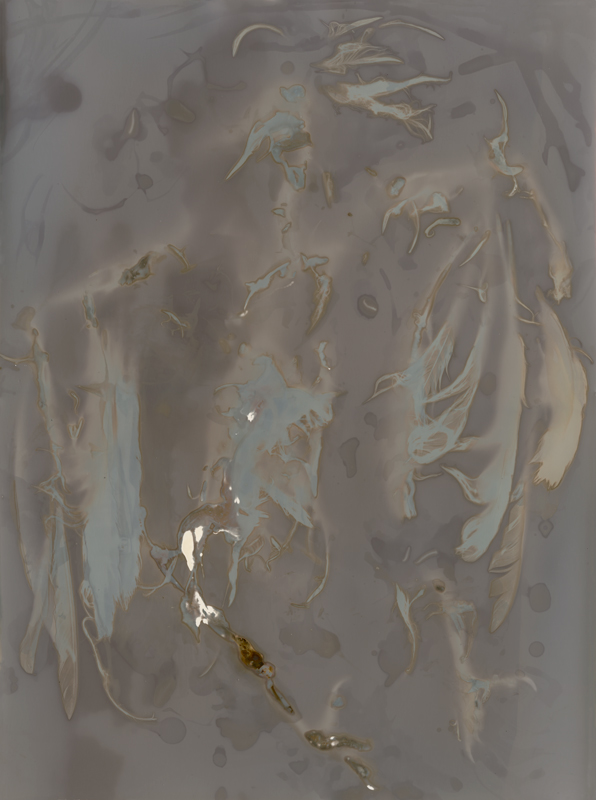 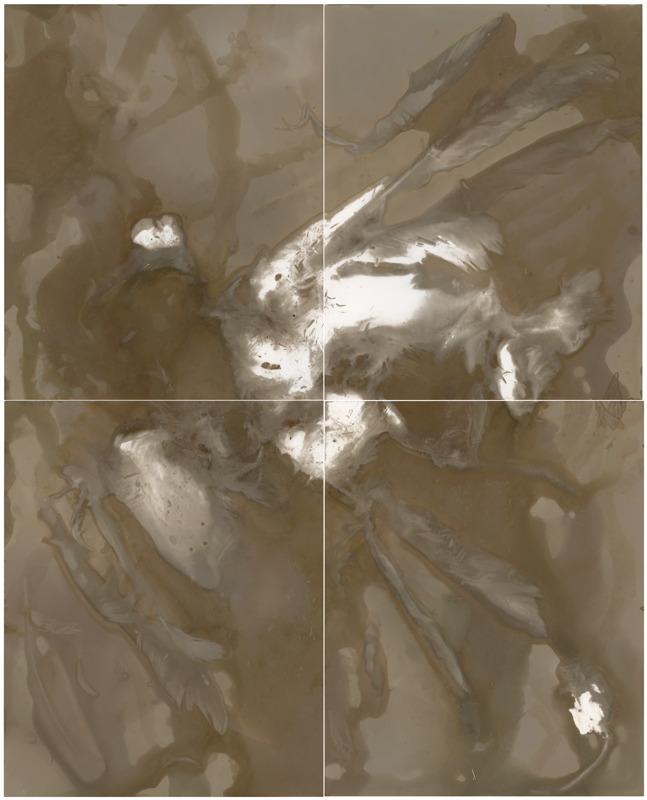